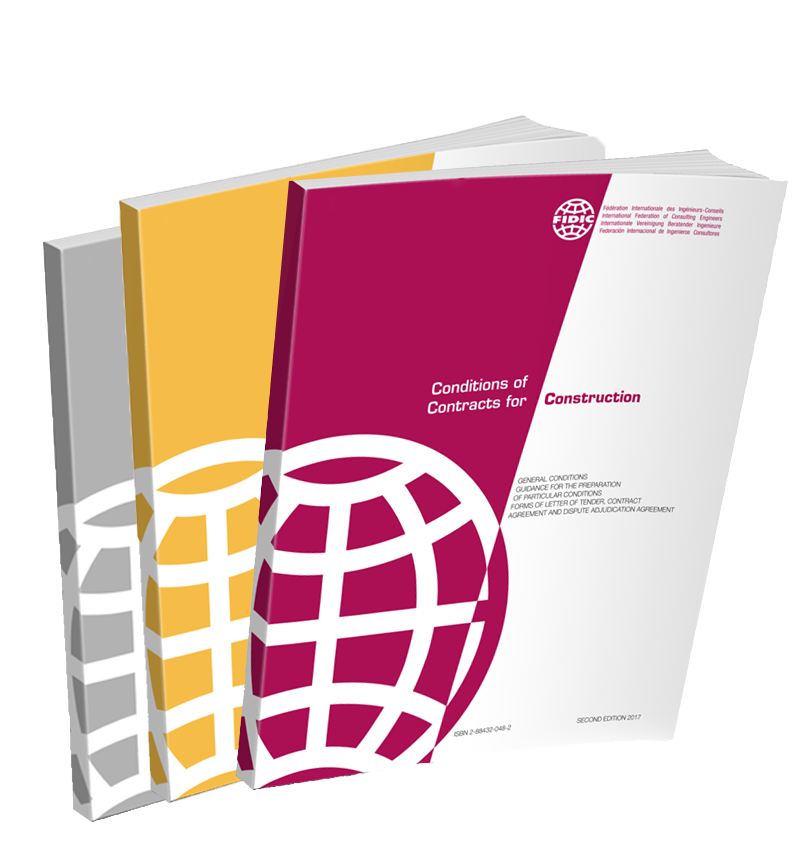 We continue to inform you on the international practice of application of FIDIC standard forms of contract, and this time we would like to introduce you an article “All change in the FIDIC forms” by Lindy Patterson QC.

The article is dedicated to changes in a new 2017 edition of FIDIC standard forms of contract and it would be on interest for the national engineering and consulting companies participating in implementation of infrastructure projects funded by the international financial institutions and organizations in Ukraine.

ICEG would like to express its sincere gratitude and appreciation to the firm of the author –Lindy Patterson QC – for providing translation and publication permit.

Translation and adaptation of the article has been made by ICEG specialists under guidance of Oleksandr Nepomnyashchyy. Lindy Patterson QC specializes in international arbitration and judicial law. She is recognized as a specialist in the sector of construction and energy, as well as general commercial contracts.

She acts as an Arbitrator and Adjudicator on a regular basis, has an extensive experience as counsel, tribunal member/chair. She acts in many jurisdictions both in civil and common law regulated by a variety of governing laws.

She has chaired a number of dispute boards, both ad hoc and standing, across the world and plays an active role in promoting dispute avoidance by these means.

She has represented clients in most of the major UK infrastructure projects in recent years. She has also acted as counsel in LCIA, ICC and UNCITRAL arbitrations in the MENA region and Singapore/Malaysia. She is knowledgeable in construction and engineering contracts, in particular FIDIC; NEC; IChemE, JCT and LOGIC.

Seventeen years after the FIDIC forms first arrived, a second edition has been issued. The new Red, Silver and Yellow books focus on greater clarity in parties’ obligations and avoiding/resolving disputes as the contract proceeds.

The second-edition of FIDIC Red, Silver and Yellow Books were launched on 5 December 2017. They are one-and-a-half times larger than their predecessors published 17 years ago. Much will be written in the months and years ahead about these new FIDIC forms.

Their aim is stated to be fair and balanced allocation of risks; along with better regulation of parties’ rights and duties by making clear what is expected of them and, where disputes or issues arise, trying to resolve them as the project progresses rather than leaving them to the end.

As a result, they are more prescriptive as to what parties must do, and by when, with various consequences if they fail to meet the deadlines. Dispute avoidance is emphasised both in the employer’s representative/engineer’s role – who must consult parties before deciding on an issue – and by the introduction across all the new forms of a dispute avoidance and adjudication board (DAAB) appointed at the commencement of a project.

The notice regime is extensive and at times bewildering: with notices, counter notices and retrospective validity of notices that were initially invalid

Time limits are at the heart of these new forms. They apply to determinations by the engineer. They also apply to the contractor when submitting claims to the engineer and onwards through the claim process.

A contractor seeking a decision from the engineer will meet the following timetable:

The contractor, if unhappy with the determination, then has 28 days to issue a notice of dissatisfaction before it goes to the dispute resolution process. In the meantime, the determination is binding on the parties.

If the contractor does not issue a notice of dissatisfaction within the 28 days, the determination is final and binding on it.

A party can take a failure to comply with a determination straight to arbitration.

If the engineer does not respond within seven days, the instruction will be deemed to have been revoked. If there is a response, in which the engineer continues to insist it is not a variation, the contractor must proceed and argue later as to value.

The risk of this process delaying the project is significant, so there may be many contracts where these requirements are waived, either expressly or implicitly. The benefit of the process is that it should resolve at least some of the disputed variations at the time they arise, and not save them up until the end of the project.

The concept of the early warning notice has been imported from NEC. It is called an “advance warning” in the new FIDIC forms. It is to be issued by either party where known or probable future events or circumstances may adversely affect the work, its performance when completed, the price or the duration of the works. There is no express sanction for failure to issue such a notice.

How concurrent causes of critical delay affect an extension of time entitlement is left to the parties. The method for allocating delay in those circumstances is to be stated in the particular conditions. In the UK this may well be a reference to the principles in the latest SCL1 delay and disruption protocol as a form of shorthand.

The claims and disputes clause has been split into two so that the claim regime sits separately from dispute resolution. The claims provisions apply equally to contractor and employer. Claims are divided into claims for money; extensions of time and other entitlements/relief. The latter category would, for example, include whether an instruction was a variation.

For time and money claims, the contractor or employer must issue a notice of claim as soon as practicable and no later than 28 days from the date the party became aware of the event. A failure to issue within that time period means no additional time or money. The same question arises as in many contracts, which is: when is a party, usually the contractor, “aware” of an event – and what is the event it must be aware of? Is it the consequence – that is to say, the delay – or the underlying event itself that might cause the delay?

If a notice of claim is issued out of time, the other party has 14 days from receiving the alleged late notice, to give its own notice stating that it is out of time, with reasons. If it does not, that notice of claim is deemed to be in time! There is also a further possibility of relief if the contractor can show there are circumstances that justify late submission.

A fully detailed claim must be issued within 84 days of becoming aware of the event, or such other period as may be agreed. Failure to provide such further detail will mean the original notice of claim has lapsed. And the engineer shall, within 14 days of the expiry of the time limit, give a notice to that effect. There are similar, quite complex provisions that relieve the party out of time from this time bar.

For non-money and -time claims, these are subject to a separate procedure that involves first asking the engineer for a determination.

The dispute resolution provisions are quite extensively changed. They put “standing” dispute boards – that is, boards appointed for the duration of the project – at the heart of dispute resolution under the contract. These are very often written out in the UK principally because of the statutory adjudication regime which applies anyway, and in a number of the Middle Eastern and North African countries because of enforcement issues. This is unlikely to change in the short term.

There is an attempt to interrupt statutory limitation periods while the dispute board process is under way. It is very general, and whether parties will be prepared to take the risk of it being unenforceable is debatable.

The new provisions address two very common issues with DAABs on current projects. The first is how you have a board appointed where one contracting party refuses to participate in the appointment. The second is how to more readily enforce DAAB decisions. Both of these are to be welcomed.

The notice regime is extensive and at times bewildering: with notices, counter notices and retrospective validity of notices that were initially invalid. However, the focus on striving towards certainty and resolution of disputes as one goes through the project is to be welcomed.

It will be interesting to see when the industry starts to use the forms. It took several years before the 1999 version was used extensively. If the decision is up to the party administering the contract, which form might they prefer?

1 The Society Of Construction Law (SCL) – the British Society of Construction Law. Delay and Disruption Protocol was prepared by SCL for determining extensions of time and compensation for delay and disruption. It exists to provide guidance to all parties to the construction process when dealing with delay and disruption matters. It recognises that transparency of information and methodology is central to both dispute prevention and dispute resolution.