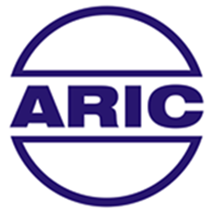 1. Advantages of the enactment of FIDIC in states who are using EU public money

The FIDIC conditions are recognized globally and are the ones that provide the prerequisites for the proper advancement of contracts signed in construction.

Moreover, in many (EU) states, these contract terms have been used for the implementation of projects financed from European funds for more than two decades.

2. Arguments in favour of the enactment of a normative deed with legal force

With regards to the legal force of the regulatory act which will be used, the way in which the FIDIC rules are transposed into domestic legislation should be chosen with great care.

Hence, for the provisions regarding Provisional Sums, Interim Payment Certificates, Taking over of Works, Dispute Adjucation Board etc. to have full aplicability, they must, at times, derogate from the provisions in local legislation.

This is due to the fact that one extremely important aspect should be understood: the FIDIC contract conditions shall be a rule of law – a normative act with legal force which shall regulate in a unitary way the complex execution of works contracts. This should be the scope of any such endeavour: a set of objectives, generally valid REGULATION provisions.

Whereas, a normative act with legal force which regulates a certain – special – field should have the power to derogate from regulations with a general character which already exists – specialia generalibus derogant.

Moreover, unfortunately, the non-unitary interpretation given in the past to the aplication of FIDIC contract conditions, especially by the audit control organisms is well known. Hence, many decisions taken in the implementation of the contracts, based on FIDIC clauses, have been interpretated as violations of different regulations already existent.

Or, what should be fully understood, as we have shown, is that the field of complex execution of works contracts is a special one, the Public Authorities and the Contractors often being constraint by the necessity of having to adapt to the realities ecountered “on site”.

The procurrement of such complex works cannot be 100% predictible from the point of the launching of a procurrement procedure. And the changes which occur after this point have been always too strictly analized during the verifications/audit missions.

The enactment of FIDIC conditions of contract through an act with legal force and general aplicability for this type of contracts could even  unify and clarify this problem.

For instance, in the New Romanian Civil Code we find that the term ‘reasonable’ is used 72 times, in the Romanian Civil Procedure Code it is used 7 times, even in the (Romanian) Emergency Government Ordinance no. 34/2006 regarding public procurement and in the Romanian Fiscal Code this term is used. It is a notion to which, with regards to FIDIC contracts, the parties are used, and proving of the reasonable time/claims/cost is always achieved through the use of the substantiation documents (meaning evidence).

If the public procurement contracts would not use the FIDIC anymore, but the usual clauses and only domestic civil law terminology (e.g. works contracts, constructor, work value, building site inspector), would this make up for the natural need to change these contracts during their unfolding? Would this make the projects launched by the public authorities to be better prepared? Evidently, no!

Regardless of the source of financing, for the large projects, of a particular  complexity  (rehabilitation,  modernization/  construction  of  new roads, for example) changes of the project in order to adapt to the reality in the field are inherent. Increase of prices as a result of supplementary works which the constructor is forced to execute (relocation of utilities not known of initially, consolidations due to the earth flows produced by floods, changes of technical standards etc.) naturally appear in this type of contracts.

At least FIDIC offers a generally accepted and clear procedure regarding the possibility to operate such changes and also it provides clear rules, known by all parties from the moment of the signing of the Contract.

Under these circumstances, why would the Central and Eastern European authorities wish to recede from the use of an international registered trademark – such as FIDIC, which would ensure certainty and trust in the quality of the contractual framework used in the region?

FIDIC contracts would ensure the objectivity and transparency which are so necessary in the use of public funds in general and of those non- refundable in particular.

The above article can be useful for representatives of the domestic construction, engineering and consulting organizations, intended to or cooperating with foreign partners, particularly Romania and for professionals involved in building of the public policy in areas such as construction, public procurement.

In this case it is necessary to pay attention to the fact that the introduction of the use of the standard forms of the FIDIC contracts in Romania was carried out not just with the support of the Romanian Government and by the Government itself. From this perspective, the experience of implementing of the using of these forms of FIDIC contracts in Romania cannot be called typical for the countries of Central and Eastern Europe.

However, there are some experience of using of the standard forms of contracts elaborated by other agencies and non-governmental organizations. Among them are The International Federation of Asia and Western Pacific Contractor’s Associations (IFAWPCA), The European International Contractors Organization, The Associated General Contractors of America, The Institution of Civil Engineers in London (ICE), and The American Institute of Architects.

There are a number of recommended regulations elaborated by the United Nations, adopted to facilitate the customers (primarily from emerging countries)   for the preparation of construction contracts.

All these documents are being used only with the reference to them in the agreement.

The Credit institutions, financed the construction projects, are elaborating also the standard documentation where were included the typical construction contracts. These include, for example, the World Bank Principles, governing the construction of industrial facilities, the General Conditions of the Contractor and Delivery Agreement, funded by the European Development Fund, the Harmonized Framework of the International Bank for Reconstruction and Development.

Taday the Standards packages were elaborated by the organizations such as The International Chamber of Commerce (ICC), The European Engineering Industries Association Orgalime, The Joint Contracts Tribunal (JCT), The ICE Conditions of Contract (ICE).

The conditions of contracts, which were developed by the above organizations, have the common features:

The main structural elements of such contracts usually are the subject matter of the agreement, price (including payment guarantees), and guarantees of performance by the contractor of contract, the liability of the customer and the contractor, the warranty periods. The Contracts could also include the sections on intellectual property (drawings, documents, and other materials), on the distribution of risk of accidental loss of the object of construction, responsibility for accidents during the production and compensation, liability insurance.

Conditions of the contract are usually providing for the need to obtain to the customer such guarantees:

Considering, that that one of the areas of European integration is the adaptation of Ukrainian legislation to the requirements established by the legislation of the European Union, the introduction of the using in Ukraine of the standard forms of contracts are the subject to a thorough study in terms both positive and negative aspects.